by Brian Jamison on November 23, 2021 in Uncategorized

The Corp Merchant ship is a small warship that makes up for its lack of speed with plenty of cargo space.

The Rover Dreamer is a small food producing ship that is also outfitted with Empire stasis tech, allowing passengers to be put into stasis (where they consume no resources until revived).

The Rover Drencher can package available water into water cargo – just the ticket for surviving low-water worlds or staving off water riots in an overpopulated fleet.

Try and obtain a second battleship. Attempt to hold out against the Harvesters with a massive fleet. See if you can complete a run as a peacemaker.

We’ve also added a number of special awards for losing the game in a variety of different ways. Can you collect them all?

Also note that a couple of these achievements unlock new fleets!

Mercenaries now have an improved bribery option that mixes in some RNG. But as long as you have enough ore you have a good chance of bribing a ship’s captain to join the fleet without a need to leave armed guards aboard.

Since Pact Marines cannot be used unless you are enemies with a faction, you’re now given the option to declare war on a faction when one of your Marine boarding parties boards a non-enemy ship!

The Diplomacy faction leader power can now be used to try and persuade ships that you took by force to stay in the fleet — without keeping a boarding party aboard. Right now this is only possible once you’ve removed a boarding party from a ship under duress. Tell us what you think!

You can now leave us in-game feedback by hitting the F8 key or by clicking the leave feedback text at the bottom of the screen. Add your email if you want a reply (we do not keep email addresses or use them for anything but replying to your feedback).

Quite a few new events were added, as well as additional variations for several types of encounters.

We added animations for some of the more recent game actions like launching boarding parties, recovering gunboats and the like.

Starting with the Beginner fleet now slows the Harvester propagation wave speed and reduces the number of Harvester enemies. The final jumpgate remains the same. If you prefer a slower pace to play, this is for you!

All repair locations are now also shipyards. Shipyards specialize in either industryships or warships. Some carry ships from other factions, too. Ship prices were reduced. They also no longer increase during a run. Lastly, ships can be traded as early as day 10 in sector 2. Ships traded at a shipyard will require a crew (or you can seize them if you have a ship capable of seizing).

Ever have a non-fleet ships become disabled during a mission? That used to end the mission. But now you can seize or repair those ships and keep the mission going!

After a lengthy optimization of the game, Harvester Reaper swarms are back! We also reduced the number of Harvester warships to account for more Reapers on the field. 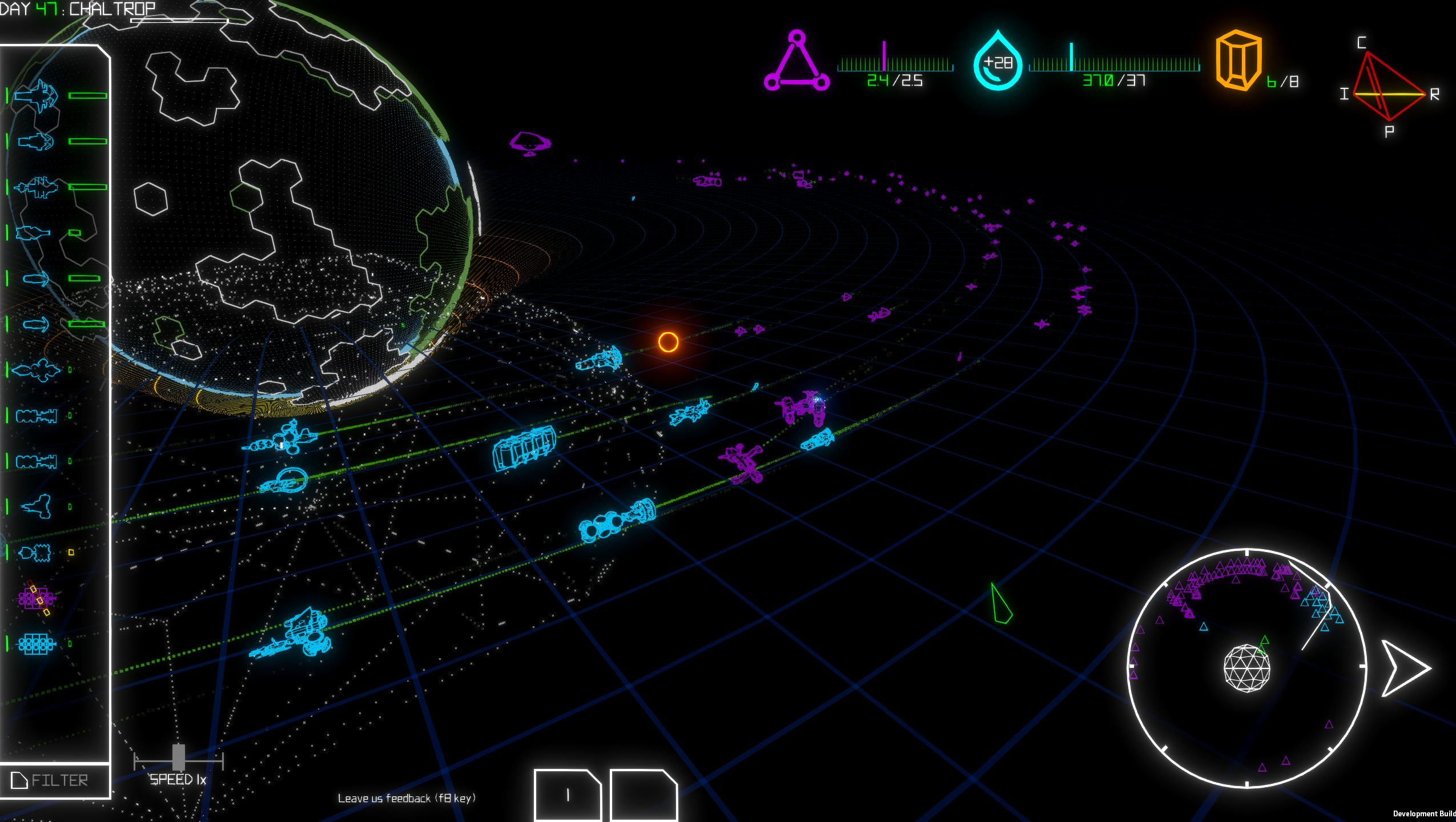 There’s a much greater chance to obtain gunboats for your Empire Carrier now.

Shield ranges on all Irenic shields were increased.

We increased the number of quests available to help give you more options to add certain types of ships into your fleet.

Investigators no longer show up at the final jumpgate.

Marooning a faction leader aboard a non-fleet ship will now incur the same consequences as leaving them behind any other way.

Marooning is no longer allowed on Harvested ships (same as the other transfer options).

We continue to improve the early game flow. It’s not quite there yet, but it keeps getting closer.

We were able to fix dozens of bugs and annoyances thanks to your great feedback! Thank you so much for your help, we deeply appreciate it.