by Brian Jamison on November 23, 2016 in Uncategorized

In October we continued tying all of the game systems together.

We really enjoyed exhibiting at Indie Game Con. It was great to catch up with some of you and demo the game to a bunch of new interested players!

Last month we promised a better picture of where we are at with development.  We are working full time on XO. Since the successful completion of the Kickstarter last year we have been in pre-alpha. This means that the game is not yet ready for playtesting, and there is still functionality left to complete. We anticipate that completing this phase will take no less than one month.

Once we are in alpha, we will begin internal playtesting and higher level software testing. We will also continue adding features and balancing the game to improve the experience. This internal portion of alpha could take anywhere from a couple weeks to a couple months.

When we feel the game is ready, we will send Steam keys out to our alpha backers for broader testing. We will use feedback to further improve the game, and finish adding features. This could take a number of months, since we can’t predict issues that may appear in testing.

Once the game is complete we will enter beta, and beta backers will receive Steam keys. We anticipate that the time in beta will be shorter than alpha, because alpha backers will already have helped to uncover issues.

We are extremely excited to get the game into everyone’s hands!

Let’s talk about factions in the game. There are five, from the peaceful Irenic to the piratical Rovers, and each faction has different types of ships.  You start as the commander of a Pact faction battleship.  Each faction has a relationship to every other faction in the game, and this relationship not only influences who will attack and befriend whom, but which ships will join your fleet.

Every action you take in the game has an effect on a faction relationship. Aggressive actions such as boarding, attacking or intimidating have a negative impact on a relationship.

Sometimes /not/ taking an action will have a negative impact — leaving ships behind or letting them fall to the Harvesters for example.It’s easier to persuade ships from friendly factions to join your fleet — particularly the powerful ships. That’s assuming you care about relationships — you can choose to ignore the consequences and force some ships to join your fleet with boarding parties. And no matter how bad things are with a given faction, you can always offer protection to that faction’s refugee ships to improve relations.

There’s another good reason to rescue refugees — sometimes a refugee ship has a faction leader aboard. Each faction leader confers a powerful action to your fleet such as diplomacy (which allows you to persuade industrial ships to join your fleet even if your relationship with them is poor). 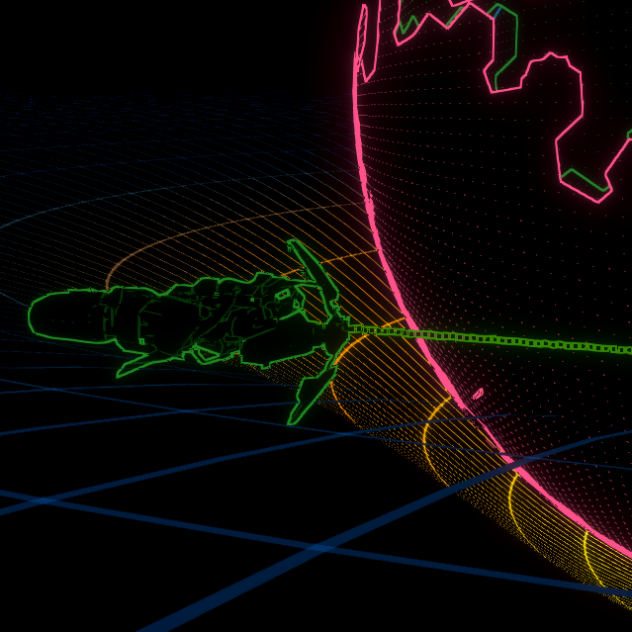 Dominic continued integration of systems in the game, as well as implementing the remaining assets. Major bugs in the combat system (and a few graphical glitches) were fixed.

Brian Jamison finished the user interface mockups, finalized the wave progression rules for how ships spawn in the game, and worked on some creative marketing ideas.

We are all so thankful for the patience everyone has shown as we’ve worked on XO.  We know that you all want to play!