by Brian Jamison on September 15, 2015 in Uncategorized

I’ve been to quite a few events this year. I went to my first GDC, we’ve taken XO to Seattle half a dozen times now, and we usually make it out to every local PIGSquad event.  I’ve even been asked to speak at a couple of these things! But there’s still nothing quite like XOXO.

XOXO is an annual experimental art and tech festival that happens right here and Portland, which automatically makes me love it more than most conventions. Last week I was lucky enough to attend my third consecutive XOXO fest, where I caught up with some old friends and made a few new ones.  I say lucky because it’s limited to about 1,000 attendees, and becoming more popular (and more fun) as the years go by.

I didn’t have the budget to spring for a full pass, which gets you into all of the talks, but there was still plenty to do with my festival-only blue & white badge.  Aside from the live music and VR lounge inside the commons area, I met up with some rad folks – like a few guys from Kickstarter, who were all very nice and excited that XO had been funded.  I’m pretty sure I made Pen Ward a little uncomfortable geeking out on Adventure Time, and I totally talked Kris Piotrowski‘s ear off about Super Time Force. Oh yeah, and they also brewed their own beer for the weekend – maybe the most Portland thing you can do at something like this. 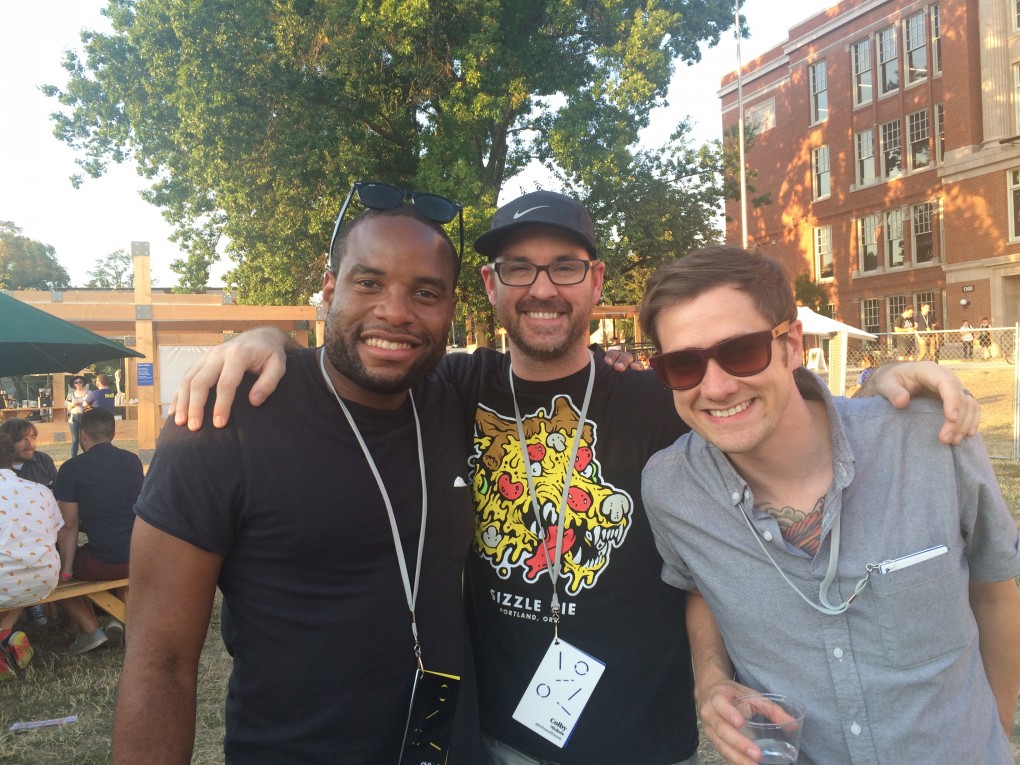 The first night is usually my favorite because of the Arcade, which features a highly curated group of awesome unreleased indie games. Meeting some of these developers for the first time is always a pleasure, and I played a few games I’m really hyped on like Below – which is basically shaping up to be “Corey’s perfect game…” Hyper Light Drifter – which totally kicked my ass with a super-hard bullfrog boss fight… and Tacoma – which is looking absolutely gorgeous.  Portland’s very own Tinderbox was set up with some great locally made projects! Shitty Voltron was a huge hit.

We also got to hang with XO composer Jim Guthrie for the first time IRL this weekend! Turns out Jim is pretty into pinball, so we spent a lot of time playing the few games we have in our office, and then wound up at Ground Kontrol for hours trying to hit all the modes on the Indiana Jones machine.  He also taught me about cycling the lanes with the flipper buttons.  I was a little embarrassed that I’ve never noticed you can do that, but I asked a few friends and it blew their minds too… so I don’t feel so bad.

Every year XOXO feels more like a community than a convention – something the creators pointed out on the group Slack channel and I completely agree. Next year I need to spend more time in the commons, and I definitely need to take more pictures. Who knows, maybe they’ll have XO at XOXO in 2016… kind of sounds too perfect! 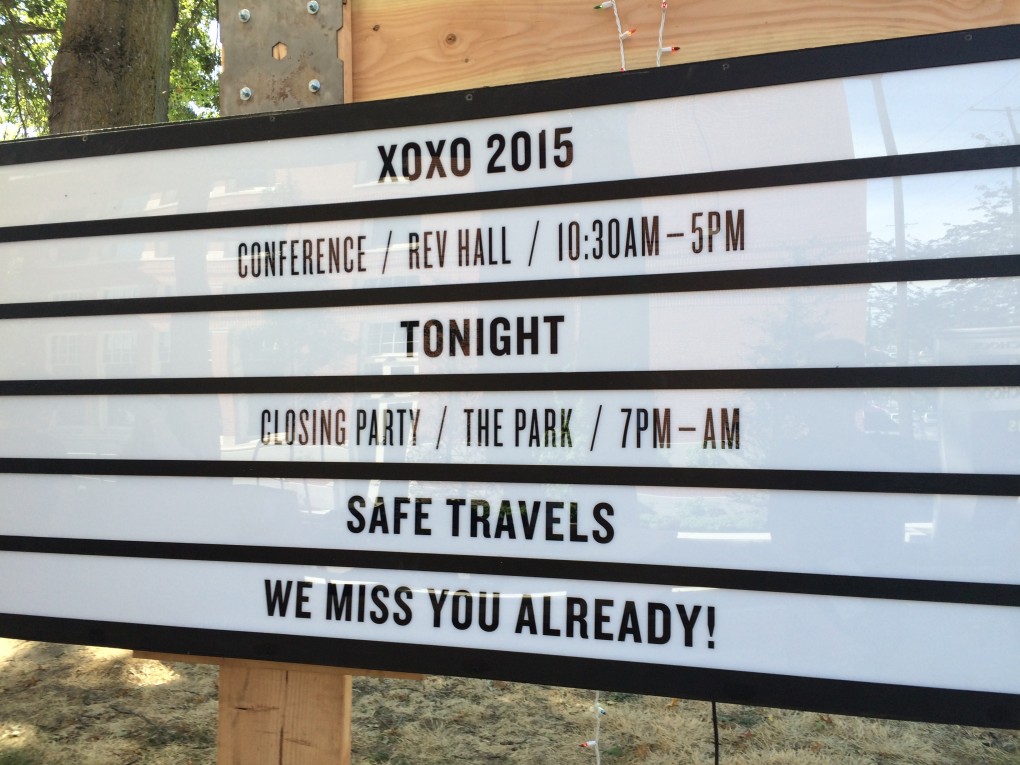 With another successful fest in the books, I’m really looking forward to Indie Game Con and Portland Retro Gaming Expo next month.  We’ll be there with XO, hope to see you there!