by Brian Jamison on February 1, 2017 in Uncategorized

January was another solid month for us, and we got a lot of good work done despite the ice storm that locked the city down for a few days.  Art assets for major game effects are being implemented.  The placeholder user interface is gradually being replaced by the final artwork.  We began readying our systems for alpha backers by setting up in game bug reporting and completing the game options menu.  The game now saves your last jump point and restores from there if you quit. 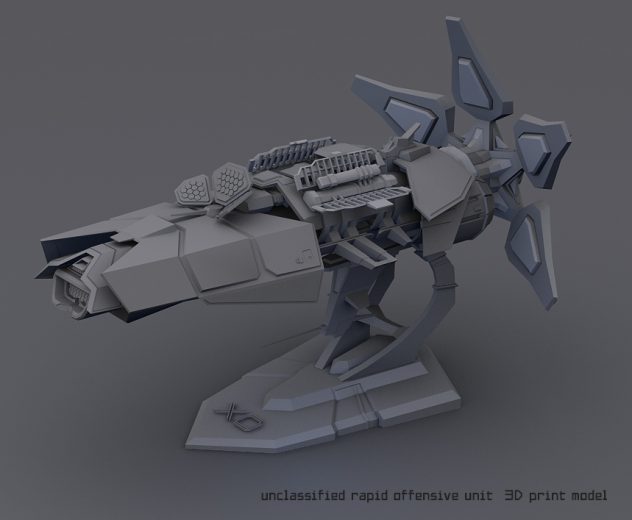 Let’s talk about the resources in XO: fuel, ore, and water.  Resources are collected automatically; you’re the admiral, and you don’t need to tell your fleet to gather resources.

Each planet has different collection rates for resources.  Some planets might not have a particular resource at all!  This makes scouting and planning your jump destinations even more important.

Fuel powers the long jumps between planets.  It is also used by power-hungry weapons like lasers.  Fuel is the most abundant resource and always available no matter where you go.

Ore is used to build weapons and defensive systems, repair your ships, for trading at stations, and for manufacturing certain weapons such as missiles.  Ore is the least common resource and requires a mining ship to obtain from a planet, although it can occasionally be found as cargo on ships and in ore depots.

Water is required to produce food which feed your crews.  Your battleship can provide some extra food, but you’ll need farmships if you want to build a larger fleet.  If you don’t have enough food for your fleet, ships will abandon the fleet rather than starve.  Not every world has water.  Some planets require a mining ship to extract water by lasing ice or pulverizing rock, but if you direct a mining ship to obtain water it will stop mining ore to do so.

Brian Davis created concept artwork, 3D models, and animations for the regional and galactic scale star maps.  He designed and prototyped UI for the galactic map, and working with Dominic began to implement missile, nuke, shield, and shuttle effects.  He tightened up collision geometry on the fleet, upgraded missile models, and revisited early frigate designs.

Dominic worked worked on more white box testing. This is a form of software testing that occurs before people playtest the game. It tests internal structure more than the functionality of the game. Once a team moves into alpha there will be a shift away from white box testing, and they will rely on playtesting and other black box techniques to uncover problems. This is part of a definition of reaching the alpha milestone. The code at this point is more stable, and will not be heavily modified. Since moving into alpha, the major bugs have been identified and were fixed by Dominic. Major points of accessibility were implemented to prepare for mass playtesting.

Brian Jamison renewed the lease on our Portland, Oregon office, worked on setting up the new game trailer, found quite a few more bits in the user interface to improve, polish and annotate, began setting up community forums, experimented with bug reporting systems and improvements to our website, began alpha testing, and did thrilling end of year accounting.

There are still a few backers that have yet to fill out their Kickstarter survey!

And also if you live in Portland, Brian Jamison will be on two panels at Wizard World on February 17th and 18th. We hope you can make it!

Thank you so very much for your continued patience, support, and kind words.  We are so grateful to have such a supportive and cool group of backers – your positive energy really powers us up!