by Brian Jamison on October 27, 2015 in Uncategorized

Mark your calendars! The XO team will be back on Twitch this Wednesday (Oct. 28th) at 3:00pm PST, streaming the latest build on Intel’s Gamedev channel. Here’s an overview of the new stuff we’ll be showing off:

We’ve stripped out the giant modal windows from previous versions of the game. Now when you receive a message, you’ll see a small pop-up giving you information about the events taking place in the area. You can acknowledge (or ignore) them without pausing the game.

These transmissions, or ‘barks’ as we’re calling them, feel less like interruptions. Some barks appear as timed choices, so you’ll need to think fast when responding to things like distress calls (pausing does stop the timer.) The smaller windows also helps us keep the text shorter and more concise, which lets you focus more on the tasks at hand.

Adding pirates and rogue military factions into XO was unlocked as one of our first backer missions on Kickstarter, and now they’re in the game! Pirates are currently being represented as orange ships, and have a distinct behavior. Like a pack of wolves, pirates avoid combat and try to pick off weaker ships. 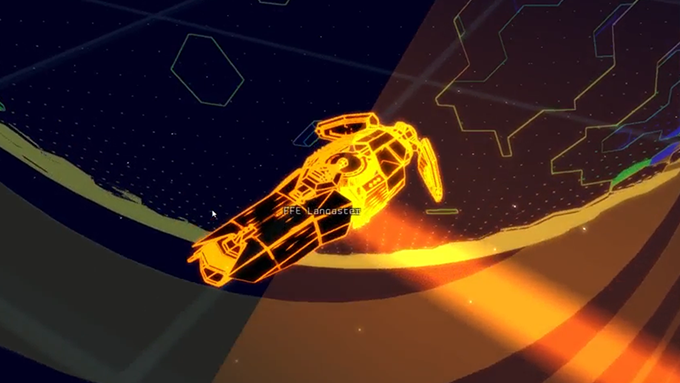 After dealing enough damage and disabling it, they quickly board and repair the ship, jumping out with their new prize. These opportunists will target civilian and military ships alike, and pose a serious threat to your fleet. However, we have a new player action to help turn the tide…

You can now take the offensive by sending in the troops! Capturing ships by a boarding action is a great way to fend off attacks and add starships to your fleet – we’re still balancing this, but we expect this to be limited in the number of times you can launch and/or it may have a chance of failing. We’re also considering using certain members on your council to increase your odds in a boarding action.

One of the biggest updates to XO: starships and space stations are now constantly in motion. We’ve done a lot of work analyzing and experimenting with movement this month. Our first attempt was to make ships orbit the planet when they got close enough to begin gathering resources. This worked so well that we decided to make ships always orbit the planet, no matter how far away they are. So far this feels more rewarding and dynamic than our previous attempts.

Where ships would once park next to each other at fixed waypoints and have a static battle, they now loop and slingshot around each other as well as the planet. We’ve demoed the new movement at two expos and the response has been overwhelmingly positive.  On top of that, starship movement is now faster and more responsive than ever!

Last month we talked about new ideas to make the player feel more like an admiral. We tried ditching the old waypoint control scheme in favor of new command based methods, and the results are compelling.

We wanted to make selecting ships easier, and we have a cool new innovation to share. Instead of having to click exactly on a ship to select it, your cursor now draws a line to the closest object. Left-clicking will select whatever that line points to. Once you have a ship selected, you simply move the mouse until a line is drawn to your target and right click to engage with it. If you right click a civilian ship, you’ll follow and cover them from all threats. If it’s an enemy, you’ll race towards them and fire until there’s nothing left. If they’re lifeboats, you set a course to retrieve them. (Oh yeah, disabled vessels now abandon ship to lifeboats!)

After deciding to keep ships and stations in constant orbit around planets, Justin and Dominic came up with the idea to make the camera move around the planet in a circle as well. Grounding and centering the planet in the world space feels so natural that I can’t believe we didn’t come up with it sooner!

Camera follow was added months ago, and now it’s even easier to activate. By double left-clicking on a ship you’ll select and center the screen on it. This allows you to jump around from one area to the next, all while following ships which makes for a satisfying cinematic experience.

You’ll also notice that our mini-map is no longer square, to go along with the new circular world space.

Audio Integration and the XO Soundtrack

Thanks to Skewsound’s help, we’ve got Wwise working in Unity! Along with their expertise, the tools Audiokinetic provides will allow us better control over 3D sound effects, and we hope to make Jim Guthrie’s soundtrack a dynamic experience while playing the game! Jim’s already cooked up over 20 minutes of music, which we’re starting to put into the build this week.

A few other things we’ve been working on:

Lastly, if you’re in the Portland area we’ll be at PIGSquad’s Horror Game Marathon this Friday with the latest build of the game! Tickets are $3 and are limited to 100 seats. We’ll be set up in the lobby all night. 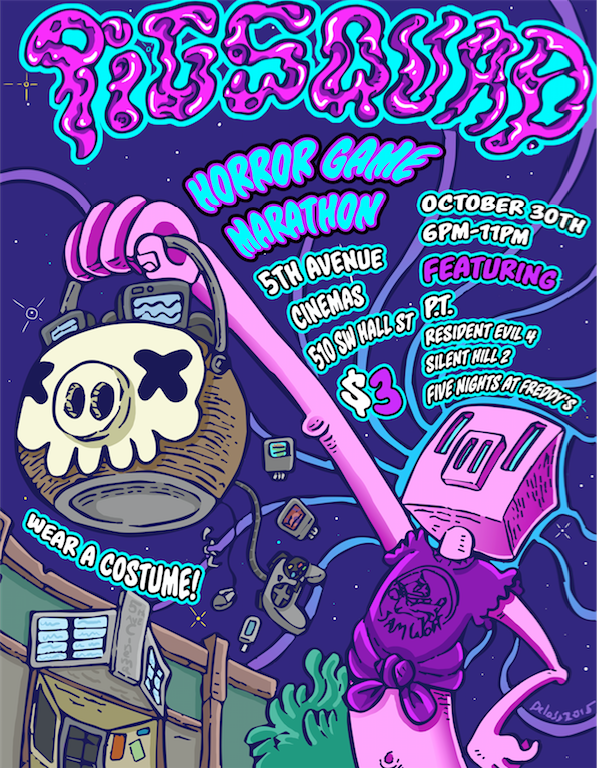 See you on Twitch!