by Brian Jamison on September 7, 2015 in Uncategorized

…and we’re back! Our weekly updates were a little sporadic during Kickstarter, but now that the craziness is over we’re back on top of it.  Everyone took a little time off to re-charge; turns out running a Kickstarter is pretty draining… more on that next week!

So what’ve we been working on since then?

I took a week off and caught up on a lot of sleep and then I went to PAX to demo XO!

I also did testing on new features that have recently been implemented and turned up some bugs (it’s my superpower). I worked with Brian Davis, providing direction on new character art, the scout ship, base ship and mothership. I worked with Dominic and Justin giving direction and feedback on game design and the new features they are working on. I blew up a few devastators, and began setting up some new community infrastructure for us. And I’ve been working on the opening of the game.

Finished working out the concepts and final model for the scout ship, moving on to concept sketches/models of the mothership (I’ve been waiting for months to get started on this monster!) 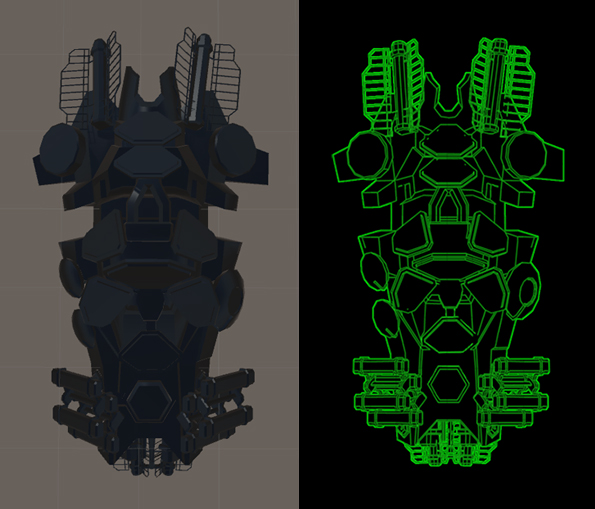 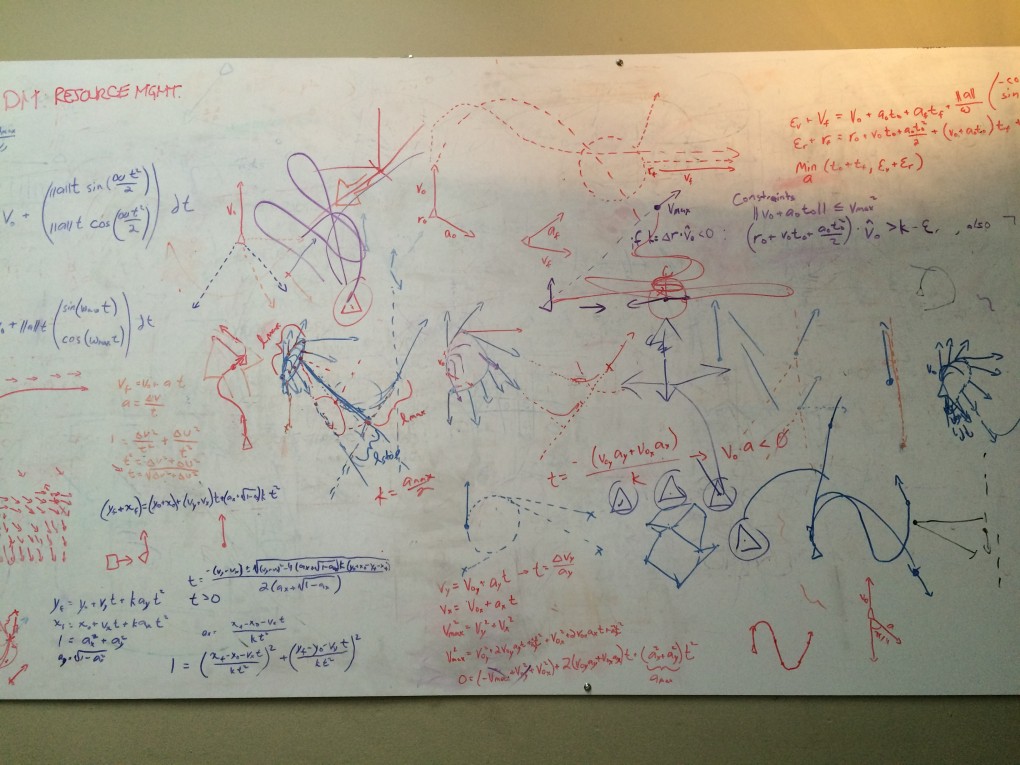 In the last couple weeks I reworked the ship trajectories so that they’re more visually pleasing, and started on the new AI for player ships. Now when you give them commands they do the “smart” thing. The ships are also moving a bit faster now, and I’m experimenting with trail effects for better player feedback. 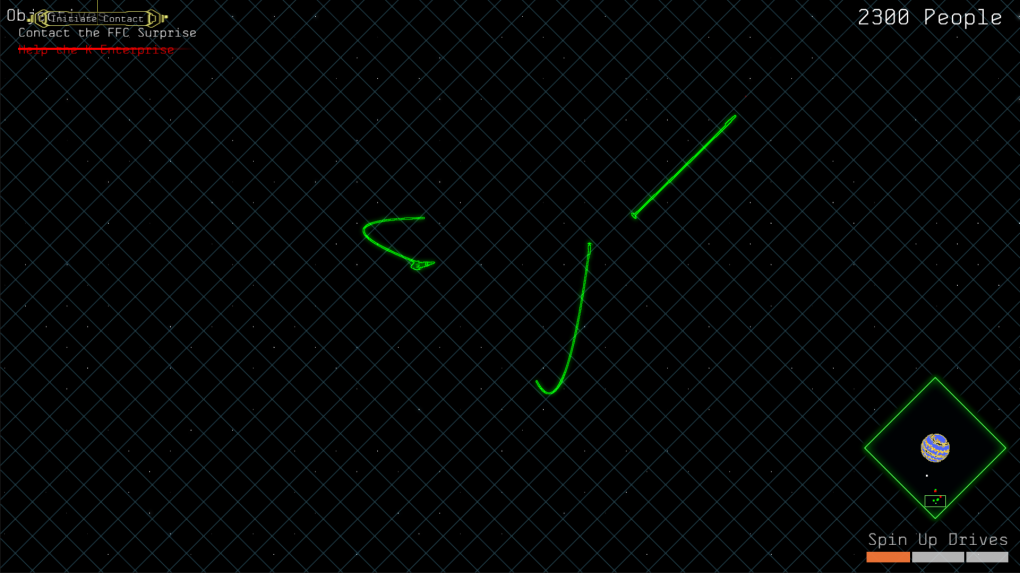 I helped Dominic a bit on the new player ship AI and I’ve been working on fixing some small UI bugs that have been around for awhile. I’ve also been improving the resource gathering, and adding in the concept of banking resources fleet-wide and putting together a temporary interface for that.

I learned how to upload our game to Steam, how to use their SDK, and then how to avoid using their SDK by downloading someone else’s c# version for Unity.  This way I don’t have to deal with c++ or header files for each platforms, I just bake it right into Unity. 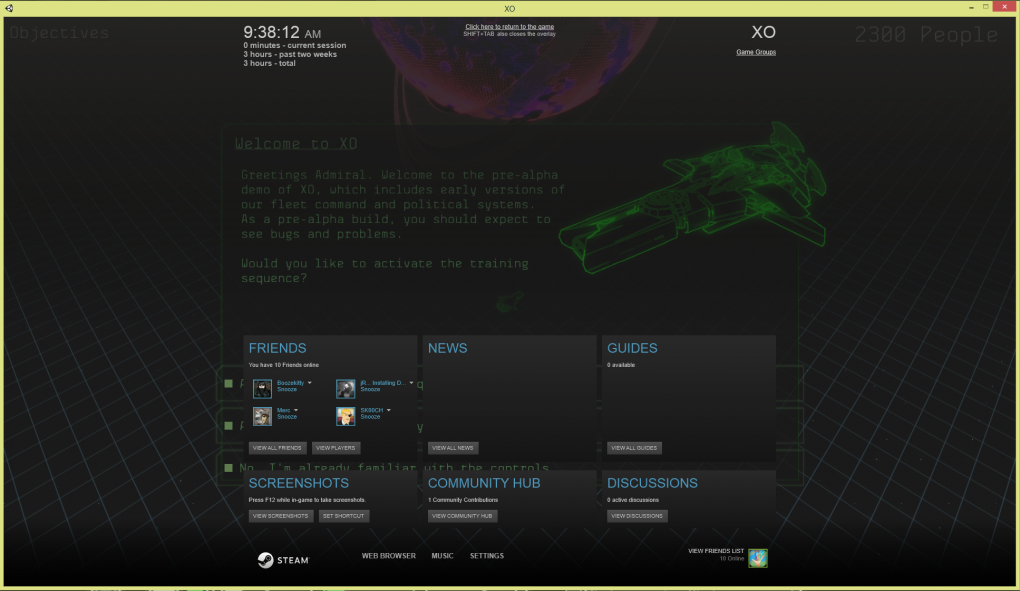 It’s been great experimenting with different sounds to try and establish what the ‘sonic palette’ for the game will be. I’m looking forward to figuring all that out in order to start on more detailed sections of the game / gameplay.

Note: Jim Guthrie sent us five-and-a-half minutes of awesomeness over the weekend, and we’ve probably listened to it 100 times already.

We just got an e-mail from Kickstarter letting us know funds have cleared (woo!) so I’m starting to put together our backer survey and working on logistics for some of the rewards – like our t-shirt design and setting up a forum so we can communicate better with the alpha/beta team backers (for dev polls and such.) I’ve also been making some minor updates to our website, working on the first part of our Kickstarter post-mortem(s), and preparing a talk that I’ll be giving at Indie Game Con in Eugene next month.

I’m attending XOXO this week – there’s going to be a ton of rad games there, including Capybara’s new game Below, which I’ve been dying to get my hands on. Jim Guthrie is doing music for that as well, and he’s coming to Portland for the weekend, so the whole gang is getting together.

Other than that, we have Portland Retro Gaming Expo coming up, and we’re going to have a big booth space for that! If you’re in Portland, you should really make plans to be there – it’s a ton of fun. And if you’re not in Portland, this would be a great excuse to come visit. You can grab tickets here.