by Brian Jamison on March 20, 2015 in Uncategorized

We’ll be attending 2 events next week, and letting players try an early build of XO for the first time! The Oregon Science and Industry museum hosts OMSI After Dark on the last Wednesday of every month – it’s a 21+ event where you can explore exhibitions and check out new tech demos in a child-free setting with great beer and food. Sci-fi game at the science center… it’s kind of perfect.

We’ll be with the Portland Indie Game Squad (PIGSquad) and there will be several other games to check out, including some VR projects, and a really cool multiplayer game called Mimic (made by our friends at Tiny Horse Games). 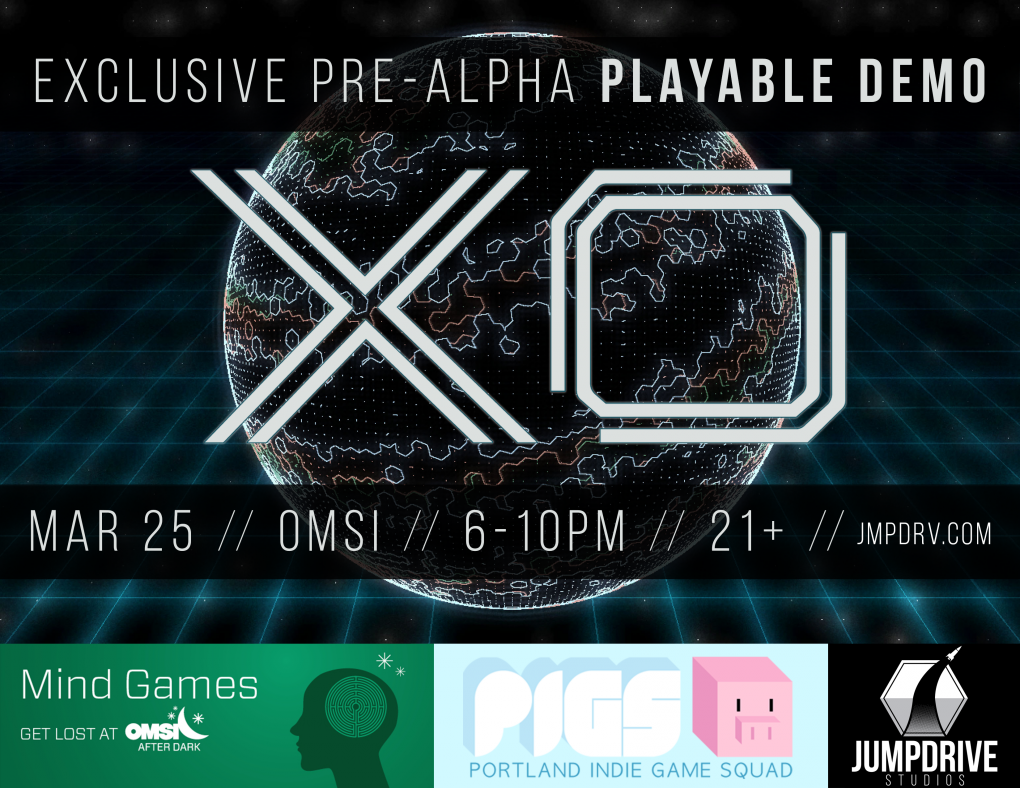 Just a few days later, we’re heading to Seattle for the 1st Annual Indie Night, hosted by Game Developer’s Collective. This is a free event for developer’s to show off their games, check out some guest speakers, and do a little networking. We’ll have XO set up to play, and I’ll be giving a talk on indie game marketing and tips on showing your game at events. If you’re in town for the Emerald City Comicon, this is happening right around the corner!

We’re hoping to gain some useful early feedback on the game, and this is also a great opportunity to do a trial run for our booth setup. We’re planning on attending several other events this year, so this is just the start!

← Postmortem: What I Learned At My First GDC
XO at the Science Museum →